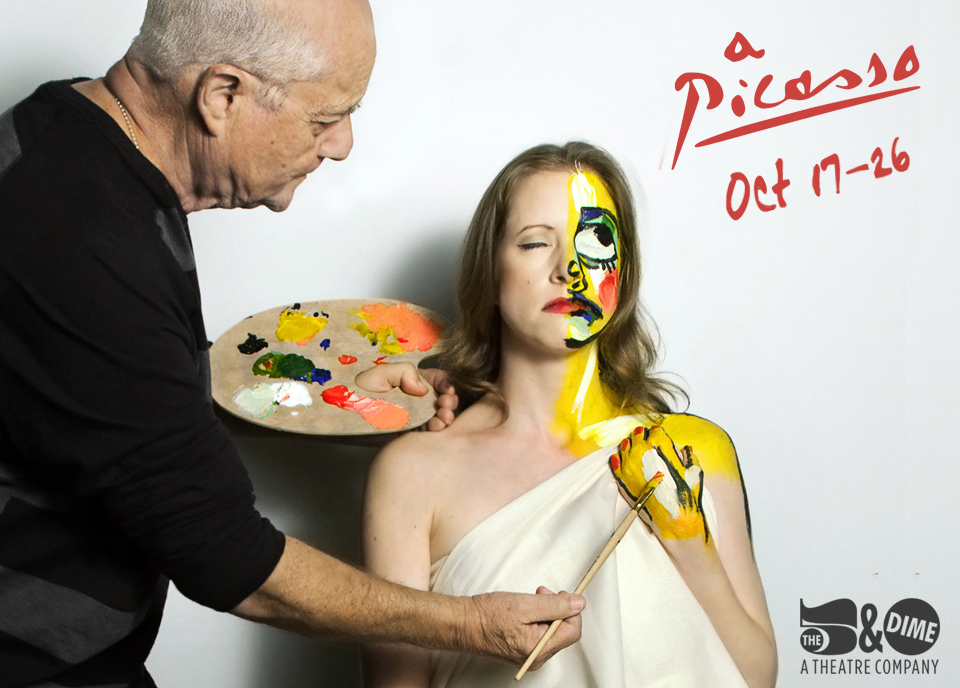 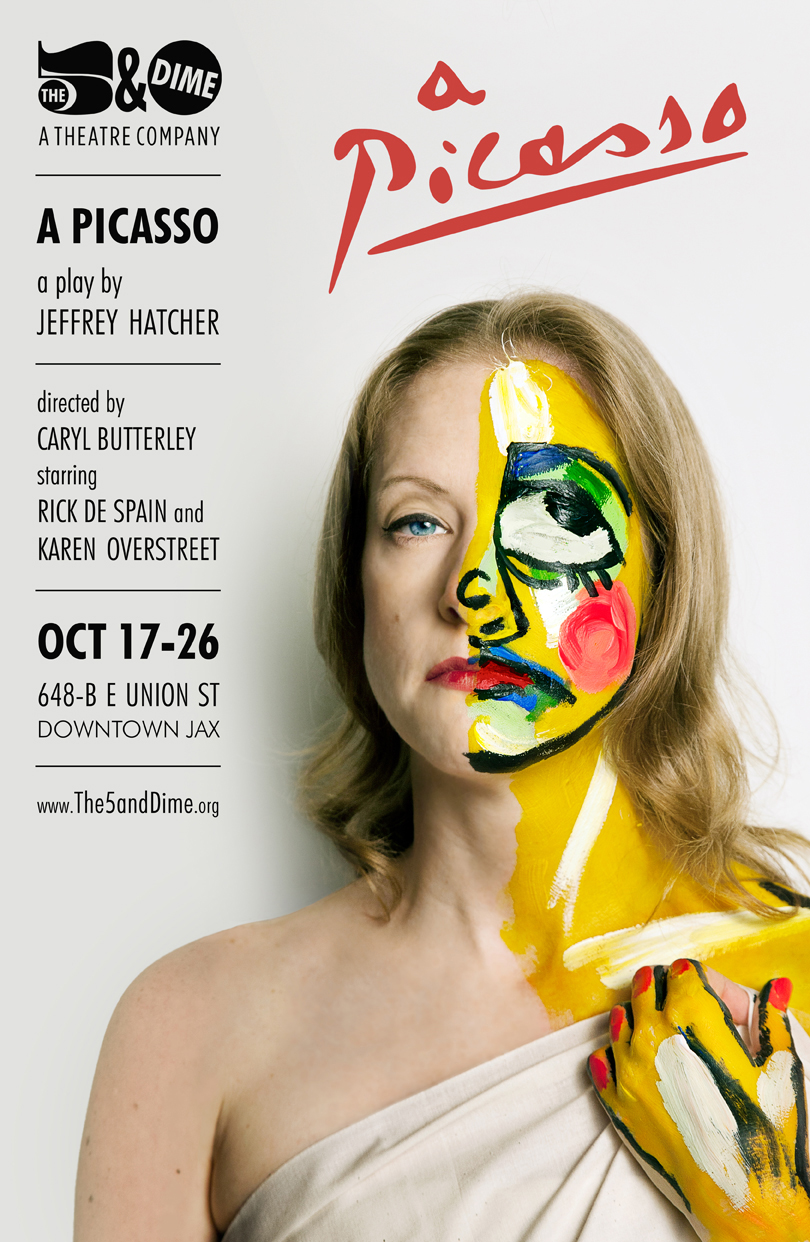 As I was directing this production I knew my time would be at a premium so I reached out to Kelby Siddons about coming up with a marketing image for the show. We talked over a number of different ideas and decided rather than a more realistic approach to the subject and setting of the play, we went with the more conceptualized concept of the artist literally turning the other character into one of his pieces of art. Kelby did the heavy lifting of painting the actor’s face and we had a professional photographer do the shoot.

I did the photo editing and graphic design, creating a poster as well as other assets for use online.

“German occupied Paris, 1941. World-renowned artist Pablo Picasso has been escorted to an underground vault for an interview with Miss Fischer, a cultural attaché for the Third Reich. Her simple request: “We need you to identify three paintings.” What ensues is a taut yet sly battle over politics,  sex, and art’s place in violent and dangerous times.”

I also worked out a partnership with Riverside Fine Arts, who were bringing in for a live concert the swing band whose recordings I was using as a pre-show atmospheric soundtrack. We worked out a cross-marketing campaign and they donated tickets for the concert, which we raffled off, and we gave them the back cover of the program.

The production was a sold-out run. Below you can view the program, which I also designed and created.