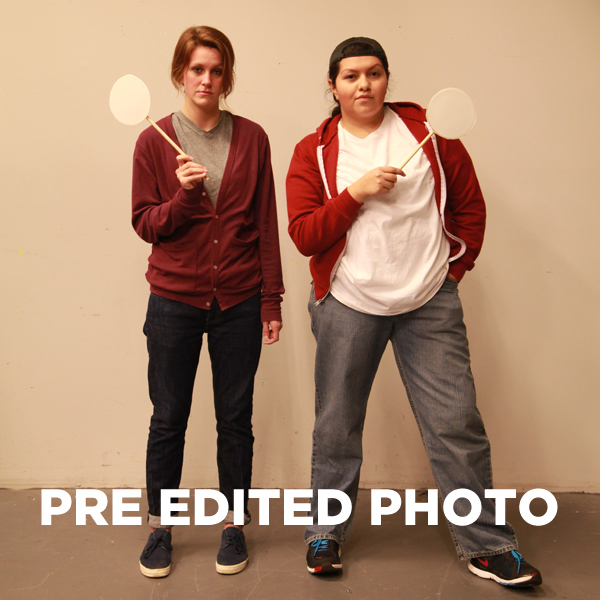 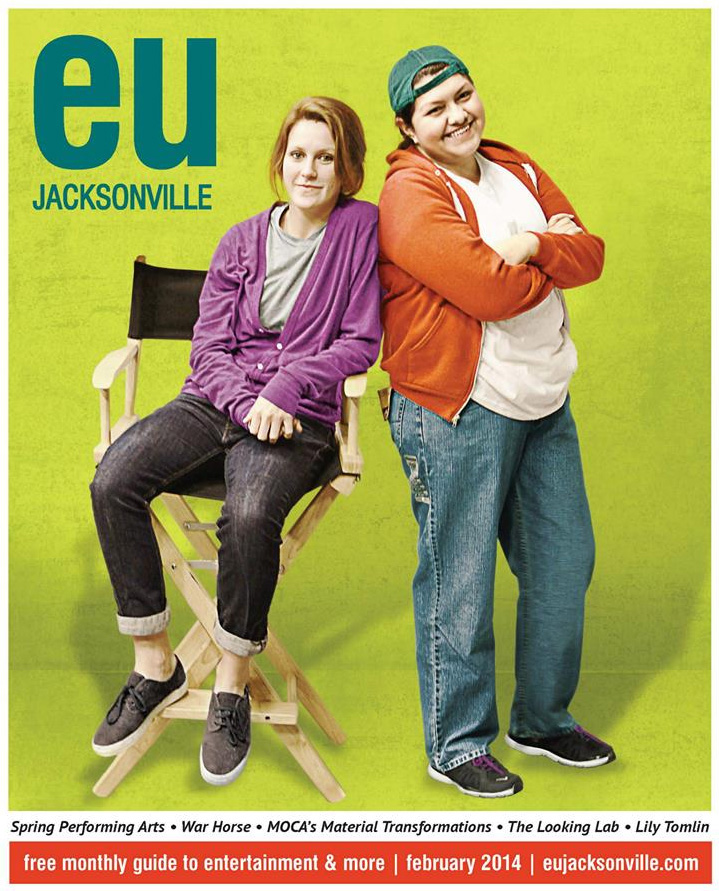 The problem to solve.. With just a visual, how to capture the ridiculous set up of this play, let patrons know who the Matt & Ben of the title refers to, and pique their curiosity enough to buy a ticket.

I came up with the idea of having the images of Matt Damon and Ben Affleck be cardboard cutouts that the actresses playing the roles would be sometimes holding, and sometimes covering their own faces with. We did a photoshoot, minus the faces (which I added in post, along with a lot of color correction and image clean up) and out of that I did a whole series of images including an animated gif and poster. One of the edited images made the cover of EU.